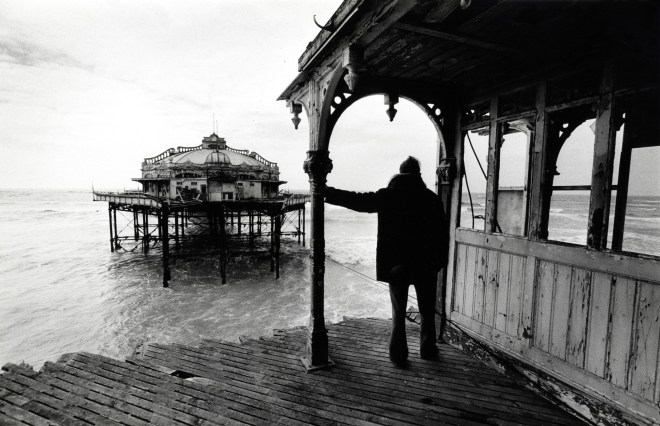 I first began photographing the West Pier in 1988. It was just after I’d left the Sun and had joined the Observer, and shortly after that began working for the Guardian as well. The Observer and Guardian both used dramatic “stand alones” – pictures that were reliant on their visual merit with just a small story-telling caption.

The main attraction of the West Pier then was its stunning architecture by Eugenius Birch. It told different stories with every season. Despite all that has happened to it since, that still holds true. Its lovely bones still exist as its skeleton today, 29 years later. More people photograph it today than they do the Royal Pavilion. 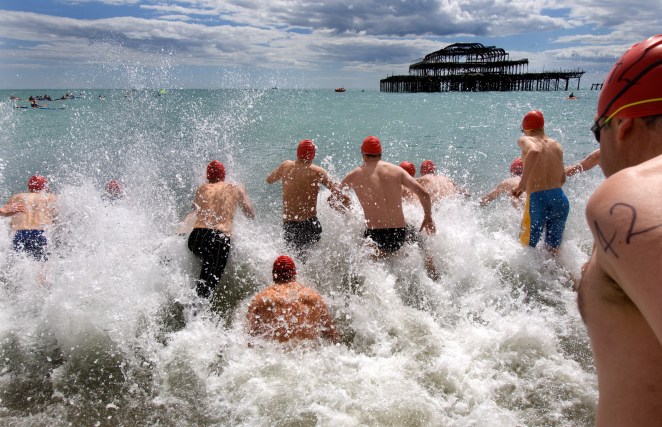 My favourite memory of taking photographs of the West Pier is watching the swirling masses of over 50,000 starlings  coming in from all directions to roost on the grand old lady at dusk. It was spectacular to watch … that was before the dreaded arsonists moved in and destroyed first the theatre and then the concert hall. It was an unforgivable act of vandalism.

I consider my best image of the West Pier to be “Pier Fall”. The starlings are about to land en mass. The concert hall had partly collapsed revealing the sign ‘West’ on the theatre and the beautiful decorative details on the Grade One listed building. Then the birds descended, almost filling the sky as they came in to roost for the night.  This image really tells the story. 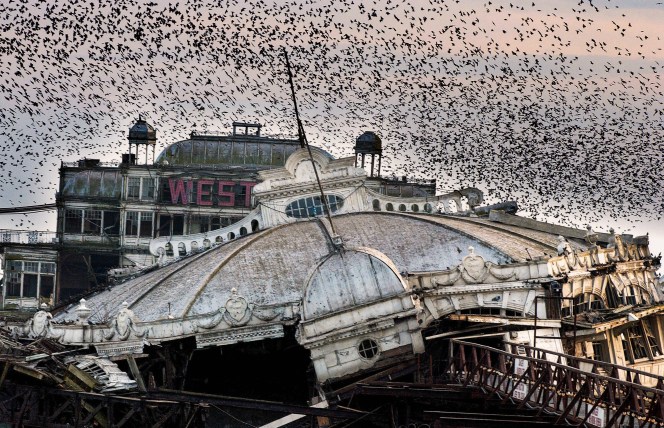 My advice to amateur photographers would be to get a good High Resolution top quality camera. A single Lens Reflex camera, Nikon or Canon, with  wide angle, Micro 60mm and Telephoto 180mm lenses. Always use the viewfinder to compose your images – not the screen on the back – then be really imaginative with your subject.  Learn from other photographers, but don’t copy!

I have great admiration for countless photographers. The Picture Post team who worked on that now sadly defunct magazine in the Thirties, Forties and Fifties, and I  was influenced by the work of Bill Brandt and his graphic well composed style, Elliott Erwitt with his great humour, and Bert Hardy who was a great photojournalist. 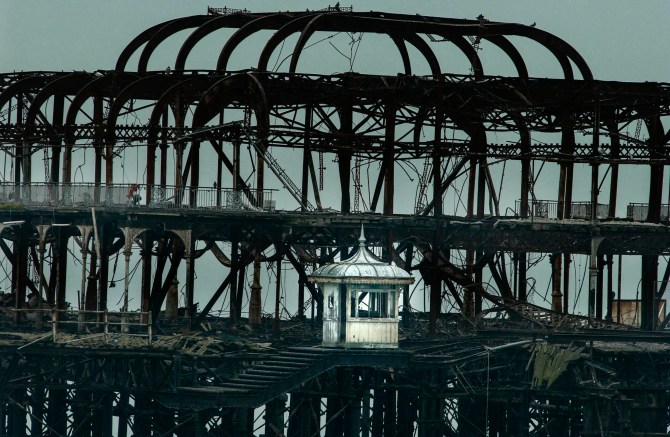 No photographer be without a pair of comfortable,  hard wearing boots or shoes that will get you anywhere difficult. You have to be prepared to get yourself into some peculiar places to get the right angle sometimes. And of course a quality SLR camera, Nikon or Canon and top quality pocket sized “carry around” little camera like my Canon Power Shot to be with you always.

The Roger Bamber exhibition is open at the West Pier Centre from late August.