History of the West Pier

The Pier was designed and engineered by Eugenius Birch and opened in 1866.

The Pier was designed and engineered by Eugenius Birch to attract visitors and survive in the hostile environment of the seashore. Opened in 1866, it was a simple and functional structure built using dozens of cast iron threaded columns screwed into the seabed and strengthened by a lattice of ties and girders that provide the necessary strength to support the promenade deck whilst allowing seas to pass harmlessly through.

Originally the West Pier had an open deck with only six small ornamental houses of oriental design, two toll houses and glass screens at the pier head to protect visitors from the wind and sun. In 1875 a central bandstand was added. In the 1880's weather screens the full length of the pier, steamer landing stages and a large pier head pavilion were constructed.

The final building, completed in 1916, was a graceful concert hall. The result is seaside architecture at its finest, designed to attract and entertain holiday-makers with all the pomp and frippery that is the essence of the English seaside resort. The pier was unique in being largely unaltered since that time, its proportions and style were unrivalled and its concert hall and theatre were two of the best  Victorian and Edwardian seaside entertainment buildings. 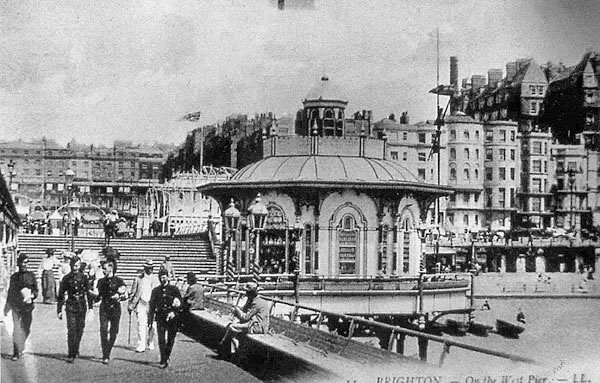 significant dates from 1884 to today 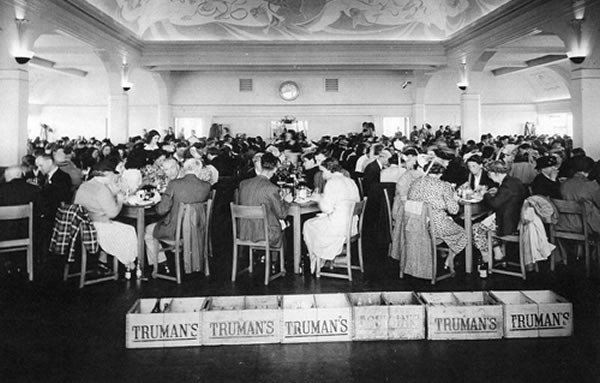 People and the Pier 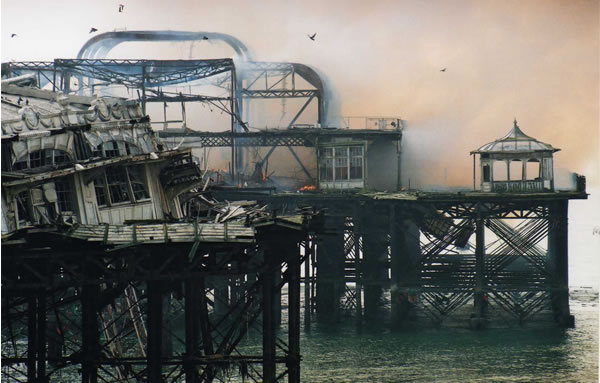 2003 was a catastrophic year for the West Pier. 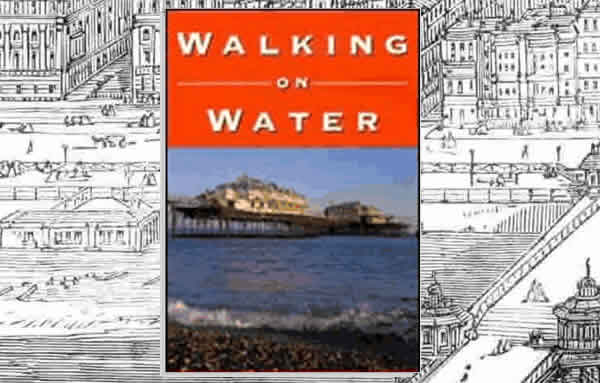 Buy the book fascinating story of The West Pier from the opening in 1866. 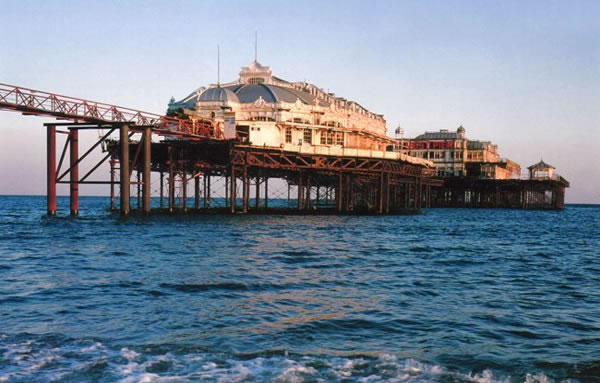 A visual archive of the pier.