We caught up with Nick Crane to talk about his role as President of the Royal Geographical Society, his connection with Sussex and the south coast, and his latest best-selling book, The Making of the British Landscape. 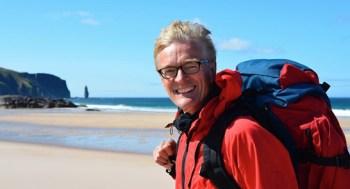 What inspired you to write The Making of the British Landscape and how long did it take to write?

NC: I wanted to write an alternative version of Britain’s past. I think of it as a ‘geo-story’, a story told through changes we’ve made to our landscapes. I’ve been thinking about doing it for over thirty years and have been working on it with increasing intensity over the last eight years. It’s a life project. One of those books that you pour your soul into.

How important is it for you to make Geography and related topics more accessible to everyone?

NC: Currently I’m President of the Royal Geographical Society, and there’s no role I’d rather be playing at the moment. The RGS is doing much to encourage the take-up of geography at schools and universities. The world urgently needs a new generation of geographers who can address issues ranging from climate change to migration, social cohesion to biodiversity … it’s an almost endless list. Knowledge must be used to inform policy. 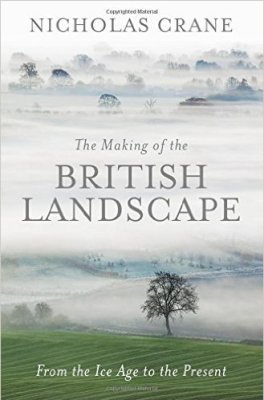 You were born in Sussex and grew up in Norfolk, what do you remember from your childhood about the countryside and coast in both areas?

NC: My grandparents lived in Sussex and my mother spent her childhood there and I was born there. It’s still ‘home’. The feel of springy turf, the grassland scents, the billowing downs framing blue sea and the call of skylarks are some of my earliest and most poignant childhood memories.

What is your take on the latest developments at the West Pier site and its new tenant the British Airways i360?

NC: Seaside resorts are like exotic corals gathered at fruitful spots along our shores, always regenerating. Out on the edge of our archipelago, they’re frequently bold, pioneering. I’ve yet to ride British Airways i360 but am looking forward to being elevated!

In the book you write, “to care about a place you must know its story”, from your experience of researching and writing about the history of places and landmarks, what advice would you give to the West Pier on preserving its many stories?

NC: The best way of preserving a place and all of its stories is by conserving its structures. Appalling damage was inflicted on countless British towns and cities by demolition of buildings that would otherwise have been cultural  –  and economic  –  assets. If you can read the past of a place by walking its ways, you’ll learn to care about it.

Book now for tickets to Coast: Our Island Story on Monday the 28th November