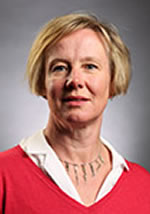 Sal Wilson, the Trust’s deputy vice-chair, brings practical skills and a commitment to the city of Brighton & Hove to our board of directors. And although she no longer lives within sight of the Pier, she is now directly involved with plans for its future.

“I lived in Brighton for over 25 years and could see the West Pier from where I was and actually saw one of the arson attacks,” she says. “So it was very much part of my experience of living here. I moved out into the countryside two years ago – not very far and still easily accessible – but someone approached me and said the Trust was short of people with project management experience to join the team. I thought it would be a good way of keeping in contact with the city even though I don’t live right in the middle any more.”

Sal began her career in residential social work and therapeutic care for young people before making what seems a radical switch into delivery of public infrastructure projects and complex capital programmes, which including a £9bn government secondary school rebuilding programme.

“I was investigating complaints against social services and ended up working at the Council when they had the first PFI contract and nobody else wanted to touch it because it was a bit scary,” she explains. “So I volunteered to be seconded and it went from there.”

Sal, who is also a director of City College, serves on the Trust’s Projects group, working on plans for the seafront arch among other practical matters. She claims, rather modestly, to prefer working behind the scenes.

“I like to feel I am finding out about what we need to do and helping to find a way along the route to doing it rather than having ideas about the great things that might be achieved.

“Alan McCarthy, who persuaded me to join, said that it was practical skills that were needed, and I was surprised to find out how much was going on that the public doesn’t see and that it would be possible to make an impact. The arch will be a valuable presence on the seafront where people can find out what is going on.”

Like all trustees, Sal believes that the Trust must look forward as well as safeguarding our heritage. “I see our role as keeping a link with the past, because the Pier is part of the fabric of the city and iconic for anyone who has lived here.

“But also having an eye on the future, whether that is keeping the memory of the Pier alive or trying to be a bit smart about what we can do in the future that will be modern and in touch with the current Brighton. What that might be is unknown at the moment, but I think the i360 is fabulous. The whole concept of a vertical pier is inspired.”